Editor’s Note:  Continuing the attention to gender and drinking that we mustered up for women’s history month, Points is excited to welcome feminist author Gina Barreca as our twenty-second interview, talking about her recent anthology of writings by women on drinking, Make Mine a Double: Why Women Like Us Like To Drink (or Not) (University Press of New England, 2011).  Well-known as a syndicated columnist and radio commentator, Barreca is a historian of gender and humor as well as a gendered and humorous subject.  Her past scholarly books include They Used to Call Me Snow White But I Drifted: Women’s Strategic Use of Humor (Viking, 1991) and Babes in Boyland: A Personal History of Coeducation in the Ivy League (University Press of New England, 2011). When not hoisting a glass, she teaches English and Feminist Theory at the University of Connecticut.

Describe your book in terms your mother (or the average mother-in-the-street) could understand.

The 28 original pieces by terrific women writers–written especially for Make Mine A Double— celebrate parts of women’s lives that have been bottled up and sealed tight. Whether you look at the funny essays about women drinking or the equally funny essays about women not drinking, the book will cheer you, sustain you, and make you laugh out loud.  I felt it was important to create this collection because without being defined as such, the discussion of drinking has traditionally been the study of male drinking. We needed a new perspective. This volume helps us examine, for example, the fact that the attitudes behind sayings like “Lips that touch liquor shall never touch mine” are indeed the precursors to the neo-con anti-feminists of today.  They’re put forth by the “preservers” of the ideals of “pure womanhood”—a figment of our cultural imagination contrived by a society that exists by refusing to admit that many of its members are actually human beings capable of making choices and acting in their own best interests. Not that I’m bitter.  By clinking a glass against the glass ceiling, the pieces in Make Mine A Double celebrate the stories of wine, women, friendship, and feminism as they’ve never been heard before. We’re coming out of the wine cellar and telling the truth in a way that few women have permitted themselves to do.

What do you think a bunch of drug and alcohol historians might find particularly interesting about your book?
Older whiskey and younger women have always been the manifestation of a man’s accomplishment; that much we know. Historically, the bedrooms and the cellars of men of means were always fully stocked, while women, naturally, were meant to be in the kitchen—using only a little Burgundy for the Beef Bourgogne—and in the nursery where their breasts were manufacturing beverages to feed others.  One of the most appalling and often-repeated image of gendered drinking is from Hogarth’s “Gin Lane”: the woman who, bottle in one hand and baby in the other, has one breast flapping in the wind as her infant appears to be sliding off her arm; demon drink has captured her full attention. The idea is that women have never been able to handle liquor. A man can be in his cups, but a woman should always make sure her C-cup stays on straight.

And yet somehow women have always managed to drink. You can contrast the Hogarth to happy paintings by Breugel and VanDyk; cheerful Victorian advertisements; sexy French champagne posters; and once photography kicks in, endless photographs of everyone drinking, from Queens of England to Molly and Becky and Lily down at the Union Hall, throwing back beers with their fellow workers from the shirtwaist factory.

Once the flappers get into the act, of course, there’s really no stopping us.  She cuts her hair, takes off 46-pounds of undergarments and trades them for short silk skirts, decides she doesn’t need a chaperone to go dancing, and knocks down cocktails as if drinking was a spectator sport—which, in a way, it was because finally women were drinking spirits publicly, unapologetically, and with—to some—quite shocking pleasure. The fact that the flapper is the predecessor of Girls Gone Wild is perhaps not that far off the (Makers) Mark. The idea of women not drinking was not something that really had to do with morals—it was a social taboo.  It’s the confusion between the two that has plagued us to the present day. 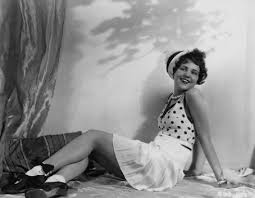 Now that the hard part is over, what is the thing YOU find most interesting about your book?
The fact that some of the best writers in America and Great Britain donated some of their best writing to this project.  The profits from the book are all going to a charity: “Gina’s Friends” at Windham Hospital in Connecticut which provides health care and life-saving diagnostic tests to women from an under-served community. Liza Donnelly, staff cartoonist of The New Yorker, gave us the brilliant cover and an equally wonderful essay. Nicole Hollander, cartoonist of Sylvia fame wrote an essay as well. Novelist Fay Weldon, who wrote the opening season of Upstairs Downstairs as well as Lives and Loves of a She-Devil, wrote an essay about writing and drinking during a lifetime of authorship—it’s riotously funny.  All these authors wrote on a deadline and for free. Even in retrospect it’s pretty amazing.

Every project leaves some stones unturned.  What stone from Make Mine A Double are you most curious to see turned over soon?
I think we could do a whole follow up volume right now, focusing on young feminist authors. One of the youngest writers in the collection, Kerri Brown, was approached by Elle Magazine to reprint her essay on how men should be taught not to rape by not drinking— proving you can write a funny essay about rape or the prevention of it and that young feminists exist and have a fabulous sense of humor.  Dawn Lundy Martin, whose book of poetry was recently nominated by the LA Times for a book award, wrote a piece about race, class, and drinking, in part focusing on how the only black hand you ever saw in a movie holding a martini was in the process of serving it. Laura Rossi Totten wrote a hilarious piece on book groups/mommy groups and the prevalence of alcohol. I’d love to do another volume where even more younger women—meaning those younger than I am—are included.

BONUS QUESTION: In a Ken Burns film version of this book, who should provide the narration?
Mae West. And when Mae West got tired, Wanda Sykes. It would have to be a voice of experience, a voice without coyness and a voice you trusted—if we define “trust” as somebody you’d like to sit down at a bar with and have a good laugh, even if you were simply drinking lemonade.