Editor’s Note: Historian of the early modern transatlantic world Matthew Crawford  discussed the concept of “disturbance pharmacopoeias” in a post for Points a few weeks ago.  Today, in the first of a two-part post, he makes an argument for a palimpsestic understanding of the drugs “discovered” in the contact period.

Are drugs discovered or invented? The question is not as simple as it seems. To say that drugs are discovered is to treat them as a part of a natural world where they were simply waiting for the right person – usually a scientist – to reveal their existence.  To say that drugs are invented is to treat them as an artifact made by humans.  In the case of plant-based or plant-derived drugs, they would appear to be both discovered and invented.  That is to say that a human agent uses scientific and technological artifice to

identify and isolate a small piece of the natural world — a root or a molecule– that produces a desired physiological or psychoactive effect.  But this is only the beginning. That tiny piece of the seemingly infinite diversity of the natural world then acquires meaning to human communities through social and cultural artifice, as noted by recent scholarship showing that drugs are not reducible solely to their chemical properties and physical effects.

Regarding plant-derived drugs, it may not seem appropriate, at first, to treat such drugs as inventions. After all, isn’t it much more “natural” to harvest, dry and smoke the parts of a plant – say Cannabis for example – than to create a purely “artificial” drug – like methamphetamine – through chemistry? I would argue that both kinds of drugs are inventions and artifacts. After all, it takes a lot of work to transform a plant part into a drug – or at least, humans tend to put a lot of work transforming plant parts into drugs. 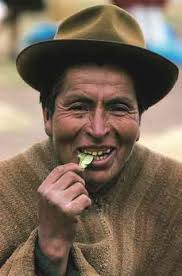 It may not take as much work as it takes to produce a drug synthetically but that does not mean that the artifice involved in plant-derived drugs should be overlooked. Moreover, if we put such matters into historical perspective, we realize that terms like “natural” and “artificial” are historically constituted. Sure, in relation to the high-tech labs that produce crystal meth or SSRIs, smoking marijuana or chewing coca looks decidedly low-tech. But two or three centuries ago (to engage in a bit of shameless anachronism), what today looks to us like the bare minimum of drug production was actually the high-tech science or biomedicine of its day.

We must also consider what is at stake in treating a drug as a discovery or as an invention. Under the laws and regulations governing intellectual property rights, most of which are derived from Western legal traditions, both discoveries and inventions are protected. They are both treated as the property of the person (or corporation) that either reveals a new discovery or makes a new invention. And, indeed, many of the readers of this blog are well aware of the bargains that governments strike with pharmaceutical companies in which the weight of the law and the power of the state is used to protect the temporary monopolies these companies are granted  for the production and distribution of new drugs, reward systems intended to incentivize the research and development of the medicines that our society needs. (That something is awry with this system is noted by many of the essays in the recent collection Global Pharmaceuticals edited by Adriana Petryna, Arthur Kleinman, and Andrew Lakoff.)  One particularly troubling aspect of using Western intellectual property law to protect and incentivize drug development, which both John Merson and Stephen B. Brush have discussed, is its inability to handle or recognize those cases in which a new drug emerges from a plant or plant-based drug used by an indigenous society or culture. What ethical or financial responsibility does a pharmaceutical company have to an indigenous society when that company employs ethnobotanists to tap into the traditional or communally held knowledge of that indigenous society? It's Not Like I'm Offering You $24 Worth of Beads or Something!

How we think about drugs as discoveries or inventions is not just a question of intellectual property rights or the remuneration owed to indigenous peoples by the modern pharmaceutical companies. It is also a historical question. Some recently developed plant-derived drugs are the product of the more or less direct contact between cutting edge science and medicine and traditional societies. But what about those drugs that have been in use for millennia or centuries by both Western and non-Western societies and cultures? What about those drugs that were used in some form – usually as a plant part – well before the development of modern science and medicine and its accompanying theories of illness, physiology, and therapeutics? Oftentimes, there is a tendency to award the prize of discovery (or invention) to the person or institution that developed the drug in the form most similar to they way in which we (the heirs of the Western world) use it today. An example of this trend in historical narration and the popular imagination is the case of quinine.

If we think of “quinine” as meaning just the plant alkaloid, then the question of discovery seems fairly straightforward.  In 1820, two French pharmacists, Joseph Pelletier and Jean Bienaime Caventou, isolated the alkaloids quinine and cinchonine from the bark of the cinchona tree, which at the time was still only found in its native habitat: the Andean forests of South America.  Yet, such a statement makes a seemingly simple historical fact out of what is a much more complex and interesting story.  For starters, we might ask: where did Pelletier and Caventou get their cinchona bark from? And how did they know to be looking for medical useful alkaloids in that bark of that tree and not some other tree?

If we’re going to try to take a longer historical view on drugs like quinine, then a different metaphor may be needed – something other than discovery and invention. Is there a metaphor that might highlight the notion that the quinine that we take today to treat malaria is not just the product of the pharmaceutical company that sold it to us or the product of the twentieth-century chemists that figured out how to make quinine synthetically or the product of two French pharmacists in Paris in 1820–but is in fact the product of a network of complex and contingent activities and actors that stretch not only across space but also back in time?

nounˈpa-ləm(p)-sest:1: writing material (as a parchment or tablet) used one or more times after earlier writing has been erased 2: something having usually diverse layers or aspects apparent beneath the surface

One metaphor for thinking about a plant-based drug that has traveled across time, space, and cultures is a palimpsest. Of course, each individual instance of the drug does not necessarily bear the marks of its historical production. Indeed, as Bruno Latour has argued, it is one of the features of modern science that scientific objects are meant to seem timeless. To think of a drug as a palimpsest is to call attention to its ontology as historically constituted, insofar as it has been the efforts of various individuals, groups, and institutions– from indigenous healers to European states– that have made the drug an object of interest. If we think of quinine as a palimpsest, then it helps to bring the deeper history of this drug into view – a history that stretches, at least, back to the encounter between Europeans and indigenous peoples in South America in the late sixteenth and early seventeenth centuries.

Next week, in the second part “Drugs and Discovery”: what exactly do we know about the use of quina in pre-contact indigenous societies?