Editor’s Note: Former Contributing Editor, now Esteemed Guest Blogger Brian Herrera reminds us all what to do when logic and proportion have fallen sloppy dead.  His meditation is cross-posted from his Performations blog.

Forty years ago, Go Ask Alice was published.  In the intervening years, it has remained in print and on library shelves, garnering new readers while also sustaining the notoriety that has followed it since its initial publication. Indeed, in each of the past two decades, Go Ask Alice has ranked among the top twenty-five “most challenged” books as noted by the American Library Association. For better and for worse, then, Go Ask Alice continues to be read, continues to be challenged, and continues to shape the cultural narrative about adolescent experience of drugs, addiction and recovery.

Go Ask Alice is a teenaged girl’s diary that purports to detail the actual “Anonymous” author’s naive experimentation with drugs, as well as her subsequent addiction and the fleeting promise of recovery. As an ostensibly authentic teen diary, rendered “more or less exempt from the regular kind of literary criticism since it was supposedly the diary of a deceased young girl” (Nilsen, 109), the prose is dotted with idiosyncratic “teen” syntax (marked by a predisposition toward emphatic capitalizations). As she narrates her story, the narrator indulges what one commentator describes as “every available sort of self-destruction short of joining the Manson family” (Moss). While the narrative ends with the author bidding farewell to the diary (and, by extension, the reader) as she looks forward to a new, “lovely” day, the book itself concludes with an unattributed epilogue which brusquely states, “The subject of this book died three weeks after her decision not to keep another diary” (Sparks).

Originally published in 1971, Go Ask Alice was developed for publication by a freelance writer and Mormon youth counselor, Beatrice Sparks. The book would have likely not seen publication had Sparks not been acquainted with Art Linkletter, the television personality who had, by 1970, had become the nation’s most prominent crusader against youth drug use. (In late 1969, Linkletter’s youngest daughter Diane committed suicide, a decision her father blamed on her prior drug use. Despite autopsy findings that there were no drugs in her system at the time of her death, and testimony suggesting that she suffered depression, media interest in the tragedy fueled rumors that Diane Linkletter was so high on LSD that she thought she could fly and so leapt to her death from the balcony of her Hollywood highrise.) Sparks knew Art Linkletter through her “occasional ghost writing for Hollywood personalities [like] Linkletter” (Nilsen, 111) and this connection helped her acquire a literary agent.  Around a year later, Go Ask Alice by “Anonymous” debuted.

In the years immediately following its publication, the book’s notoriety grew alongside its popularity. In addition to a television movie version premiering in 1973, the book was in its 43rd printing by decade’s end and had been translated into sixteen languages (Nilsen). The fact of what Susan Zeiger calls the book’s “vexed and probably undecidable authorship” did not come under scrutiny until Arizona librarian Alleen Pace Nilsen sought out and finally published an interview with Beatrice Sparks in 1979. Nilsen’s profile appeared shortly after Sparks published her second book, Voices (a collection of non-fiction interviews with “troubled” teens dealing with drugs, suicide, homosexuality, cults and premarital sex) and shortly before Nilsen published her next “Anonymous” title, Jay’s Journal (in which a depressed fifteen year old boy becomes caught in the grip of a satanic cult). The unremarkable sales of Voices, in tandem with allegations of misrepresentation by the “real” Jay’s family, fortified claims that Sparks had fictionalized the diary she ostensibly edited in Go Ask Alice.

Yet young readers continued to Go Ask Alice. In one of the few recent academic considerations of the book, Susan Zeiger (author of Inventing the Addict) locates the text in a tradition of “mediated first-person drug or alcohol narrative” that dates back at least to the early 19th century (91). For Zeiger, texts like Go Ask Alice utilize a “method of double-voicing pleasure and prohibition” as a way of “constructing competing models of morality and deviance” (91). Contemporary writer Gabrielle Moss seems to confirm Zeiger’s assessment in her reflection on her own adolescent appreciation of the narrator “as a heroine I could finally relate to… [T]he narrator was a mess, an exciting, bubbly, rebellious teenage basket case like I had never seen before.” For Moss, the narrator’s “inchoate lust for pushing boundaries” was “born of a desire for self-expression.” Indeed, the popular appeal of Sparks’s double-voicing of pleasure and prohibition, of morality and deviance, fueled a mini-revival of the ouevre of Beatrice Sparks in the later 1990s.

Between 1994 and 2005, Sparks published six additonal books narrated by “Anonymous” naive fourteen year old girls and depressed fifteen year old boys. These books covered such topics as first time sex resulting in HIV infection (It Happened to Nancy, 1994), the brutality of gang life (Almost Lost, 1996), teen motherhood (Annie’s Baby, 1998), and life in foster care (Finding Katie, 2005). While it seems unlikely that these more recent works were actually compiled/composed exclusively by Sparks (who is today nearly 94 years old), little new controversy has emerged around their authorship, as none of these more recent titles have garnered the popular interest that Go Ask Alice continues to attract.

Most notably, Ellen Hopkins, whose 2004 breakout novel Crank (featuring an intelligent and charsimatic female teen narrator who becomes addicted to crystal meth), has delivered a best-selling (and routinely challenged) novel nearly every year since “Beatrice Sparks” stopped publishing. Hopkins’s work covers comparable territory as Sparks, with books about teen prostitution, incest and suicide along with two sequels to Crank, and utilizes a similar double-voice, balancing pleasure and prohibition, morality and deviance. Fans of Hopkins might rightly assert the distinction between her work and that of Sparks. (Hopkins is clearly the highly skilled author of works bearing her name. Hopkins doesn’t preach about the right way to live. Etcetera.) Still, it remains difficult to imagine the narrators of Crank, Burned, and Tricks (and countless other books by other YA authors) speaking so clearly about the teen experience of drugs, addiction and recovery if generations upon generations of readers had not already had the chance to Go Ask Alice. 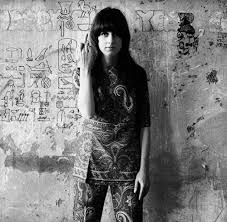