In the second half of her post to the “Teaching Points” series, Contributing Editor Michelle McClellan reflects on how interdisciplinarity works–and doesn’t– in the undergraduate classroom.

“So how many of these drugs have you done?”  It was the first day of class, and the question came from a student who was clearly much hipper than I had been as an undergrad, or am now for that matter.

“Excuse me?” I was flustered but managed to rejoin, “Why do you want to know?”

“Because,” he said with a faint smirk, “I don’t see how can you teach about them if you haven’t experienced them.”

“Well, I didn’t live through the Civil War either, but I teach about that too,” I replied.

Thinking back on that exchange from several years ago, I now realize that for me, teaching about addiction intensifies many aspects of pedagogy.  The classroom can be crowded: not just with ideas, but with emotions and backgrounds that are often invisible and therefore all the more powerful.  Many of these issues have been thoughtfully explored by Guest Blogger Eoin Cannon.  As the student’s challenge to me was meant to show, we instructors also bring a point of view into the classroom, whether we articulate it or not.  This is a useful reminder for me in all my classes.

These days, perhaps because I am older, perhaps because student concerns have shifted, I am more likely to receive student confessions about their own use, especially of pharmaceuticals, than to get questions about my habits.  Here too, I confront uncertainty about my role as an instructor and mentor—how much authority do I want to claim, and on what grounds?  I found David Herzberg’s meditations on this subject immensely helpful.  In my course, in fact, we read David’s book Happy Pills in America: From Miltown to Prozac which, along with Nicolas Rasmussen’s On Speed: The Many Lives of Amphetamine, helped show students that cultural, political, and economic factors over time, not just a “march of science,” have contributed to that pill they take every day.

My reflexive invocation of the Civil War shows that my identity as an historian is well entrenched.  But as I said yesterday, in my most recent incarnation of my addiction class, I sought to develop a more robust interdisciplinary approach.  Although historical scholarship constituted much of our reading, and the general outline remained chronological, I also assigned material from social science and medical literature, a memoir and some pieces from the popular media, and films.  In addition, we toured a pharmacology laboratory where animal research is conducted.  I wanted to show that addiction is a multifaceted phenomenon that invites, perhaps even requires, a variety of perspectives to even begin to unravel it.  As well, I hoped the course would convey the value of interdisciplinary approaches more broadly.  For their part, students in the class had a wide range of majors, from specialized biological fields to engineering, psychology, literature, and film (interestingly, few if any had much background in history).  As such, they brought different expectations and views to the class, which I tried to harness in productive ways.

Afraid to Comment Because Our Photo Captions are So Witty?

To encourage student engagement with issues and materials that might be new to them, I assigned several different types of writing exercises, including a requirement that students respond to a post on this blog, which had only recently launched.  To my surprise, the students turned out to be very resistant to actually putting their responses on the blog, and so I allowed them to submit them to me just like any other assignment. I was also surprised that they tended to follow a link on the blog—to another article or a film, for example—and write about that.  In other words, they seemed to treat the blog as a transparent portal to other resources, rather than engaging with the commentary on the blog as a genre in and of itself.  Next time, I will be much more explicit in my expectations here, which I hope will take better advantage of the interactive nature of a blog as a teaching tool.

The other new element in this class was a week devoted to pharmacology, made possible through my involvement with the University of Michigan Substance Abuse Research Center (UMSARC).  Emily Jutkiewicz, Ph.D.served as our guide, providing an introductory lecture that covered the use of animal models in the study of drug abuse and some basic grounding in neuroscience.  While some students in the class were familiar with this material, many were not.  Emily also led us on a tour of the lab and even demonstrated how a rat’s brain is sectioned.  For many students, and me, this was a new and very different experience. 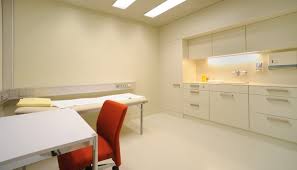 Time to Make the Drugs

In many ways, the pharmacology interlude was a great success.  It is always fun to get out of the classroom, and that alone has pedagogical value in my view.  In this case, the lab tour brought a sensory immersion into the realities of research that is impossible to realize from a book.  Seeing the physical investment that is required for this kind of work helped students understand how funding structures and institutional commitments can perpetuate or foreclose avenues for research, and Emily’s nuanced discussion of the political and cultural pressures that surround animal research took on additional meaning since we were standing at the locked door of the lab as she did so.

In a follow-up discussion back in the classroom, however, I began to see pitfalls related to this excursion.  First, a common vocabulary can mislead us into thinking we agree on meaning.  I realized how much many of us in the humanities insert invisible quotation marks or offer a kind of nod and wink when we use certain terms that are fundamental to this field, such as “addiction,” “abuse” and even “drug.”  Physically taking my students into a foreign space, I lost the authority to signal to them how I expect such words to be used.

Second, while I meant the tour to illustrate just one way of understanding addiction, and chose it in part because it is so different from what I could offer in the classroom, the very intensity of the experience—combined of course with the cultural ascendancy of neuroscience—reinforced a disciplinary hierarchy that Joseph Gabriel has discussed on this blog.  I tried hard in subsequent class sessions to re-contextualize what we had seen in the lab within our particular historical and cultural moment.  Surprisingly, to me at least, the more scientifically oriented students seemed to accept this approach more than others, who perhaps had been so overwhelmed in seeing the lab that they had more trouble stepping back and analyzing it with the conceptual tools I tried to provide.

It would not surprise my students in the least that I have gone on longer than intended here.  So I will close by saying that next time I will still take students out of the classroom but organize more than one field trip so that the structure of the course better reflects my goal of providing multiple perspectives.